The high-dose vitamin C therapy by means of an infusion has been used for decades when severe infections had to be combated. But it has made a real name for itself above all in alternative cancer therapy. 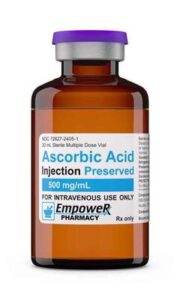 Linus Pauling was an American chemist, https://de.wikipedia.org/wiki/Linus_Pauling who received the Nobel Prize in Chemistry in 1954 and a second Nobel Peace Prize in 1963.

Among other things, Linus Pauling researched high-dose vitamin C and its effects. He said at the time that he took 3000mg of vitamin C daily as a “life extension” and advised that at least that much should be taken. He also dealt with vitamin C therapy in cases where much higher doses were necessary. This therapy was mostly used when the purely conventional medicine no longer helped, as a last resort of choice.

One knew very well that vitamin C (also called ascorbic acid) can cure a lot, but it was still rather reluctantly administered, since in conventional medicine vitamin C was regarded as a pure dietary supplement but hardly as a drug. To this day, the subject is not taught in medical training. Of course, this also has economic reasons, because the pharmaceutical industry can no longer earn any money with it. Understandably, the research was not expanded by them, because research costs a lot of money. It is therefore understandable that such investigations are not carried out, because who wants to invest money in something with the knowledge that one would make losses with it. Nevertheless, especially in the USA, smaller but numerous scientific studies have been carried out time and again for over 50 years, which confirm the effect of high-dose vitamin C. However, whenever a doctor prescribed such vitamin C therapy, he was often treated with great scepticism by the medical community. Such therapy “just didn’t belong in conventional medicine and therefore it was wrong.” Fortunately, however, some doctors did not let themselves be deterred and sought studies that would give us a clearer picture today. That is the only reason why we now have the knowledge about the enormous effects of vitamin C.

How was this vitamin C therapy applied?

The high-dose vitamin C therapy was administered by means of an infusion, as vitamin C has a relatively low intestinal tolerance. With about 4 grams of vitamin C, many people get some diarrhoea and the vitamin C is eliminated again. So they set about administering the vitamin C intravenously. So it went straight into the bloodstream without putting any strain on the intestines. For many decades these doses were given by infusion.

Disadvantage of the infusions

However, the disadvantages of infusion are many.

1. You can never completely rule out the risk of infection.

2. It is costly and time consuming.

3. With infusions of vitamin C, the vitamin C only remains in the bloodstream for up to approx. 3 hours and then evaporates.

4. It may only be handed in by trained personnel.

Liposomes are the solution to the problem! 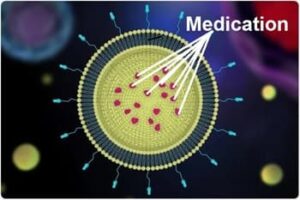 In 1964, the liposomes were discovered as a solution to the problem that all encapsulated vitamin C in a liposome could overcome the disadvantages of infusion. As a carrier (means of transport) for drugs, liposomal use has also been approved in medicine. Liposomes are vesicles in which drugs can be delivered to their destination. They consist of the smallest lipids (fat bubbles) that are only 0.000 100 millimeters in size. The drugs are encapsulated in these lipids. These then get into the bloodstream and from there to their destination. The effectiveness of 95% (bioavailability) is remarkable.