Can you overdose on vitamin C? 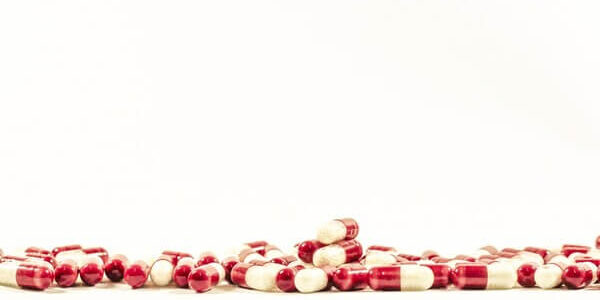 Can you overdose on vitamin C and if so what are the symptoms?

Since vitamin C is both water and fat soluble, it is very difficult to overdose on vitamin C. Too much vitamin C is immediately eliminated from the body through the urine. Unlike other vitamins such as vitamin A or vitamin B, a vitamin C overdose can hardly take place. Depending on the illness, vitamin C may have to be taken in high doses, and 20 g a day (20,000 mg) are not uncommon. Normally, however, and since liposomal vitamin C is very effective, amounts of 4 g – 10 g per day are usually sufficient. For healthy people who simply want to strengthen their immune system , 3g to 4g are completely sufficient.

In the past, when cancer patients were treated with vitamin C infusions, dosages of 50g -100g per session were quite normal. Some doctors went up to 150g. With these very high dosages of over 100g, it was then already established that the patients were suffering from acute hypoglycaemia, which was due to the fact that our brain automatically downregulated vitamin C in its own blood sugar level because of its similar chemical structure to glucose. This supposed “low blood sugar” was counteracted with the administration of chocolate, cola drinks or other foods with a high sugar content and the problem was then solved immediately.

However, these symptoms only occurred with dosages of more than 50g per dose and also in very different ways. Some patients tolerated more than 120g without any problems, while others reached such pseudo hypoglycemia after more than 50g. With liposomal vitamin C and this distributed several times a day, not a single case has been reported so far.

However, smokers (even if they are e-cigarettes) should take at least 4 g of vitamin C daily, as nicotine drastically lowers vitamin C levels. Even if you don’t feel any physical symptoms, the vitamin C level in smokers is usually very low, which then has an effect on the artery walls, especially over time. These become brittle and micro-injuries can occur, which can then lead to arteriosclerosis, i.e. heart attack or stroke. In both cases, our body then tries to repair the aforementioned micro-injuries with lipids, more precisely with LDL cholesterol. However, since the cause of these micro-injuries cannot be remedied because there is too little vitamin C available, which makes the artery walls supple again, clogged arteries occur. Smokers in particular are most at risk, followed by high blood pressure. However, high blood pressure can also result from this constipation. Therefore, every smoker should aim for a vitamin C intake of at least 4 g per day. But here, too, one should not forget: if you take 4000 mg or 4 g of conventional vitamin C in tablet form, the body can only utilize 18% of it (and thus only 720 mg). This is because vitamin C has a very low bioavailability. The situation is different with liposomal vitamin C, where the bioavailability is over 95%.

Patients at risk of heart attack and stroke

As already mentioned, smokers are among the absolute risk groups. Followed then by people suffering from high blood pressure. Any doctor will confirm that smoking and high blood pressure are to be avoided at all costs. That’s why sport is prescribed, doing sport not only strengthens the heart, but also dilates the arteries. Unfortunately, it is the case that pure sport can only slightly influence the risk of a heart attack. The cause of arteriosclerosis has not yet been eliminated. However, one should not make the mistake of assuming that after 3-4 months of taking vitamin C everything will be fine again. The process of making the arterial walls supple again takes at least 1 year, possibly longer. So patience is required. But anything is better than taking the risk. People who are serious should undergo an MRA examination. This alone clearly shows the condition of the arteries and one can then act accordingly. Since this examination is absolutely painless, it shouldn’t be difficult to strive for one.